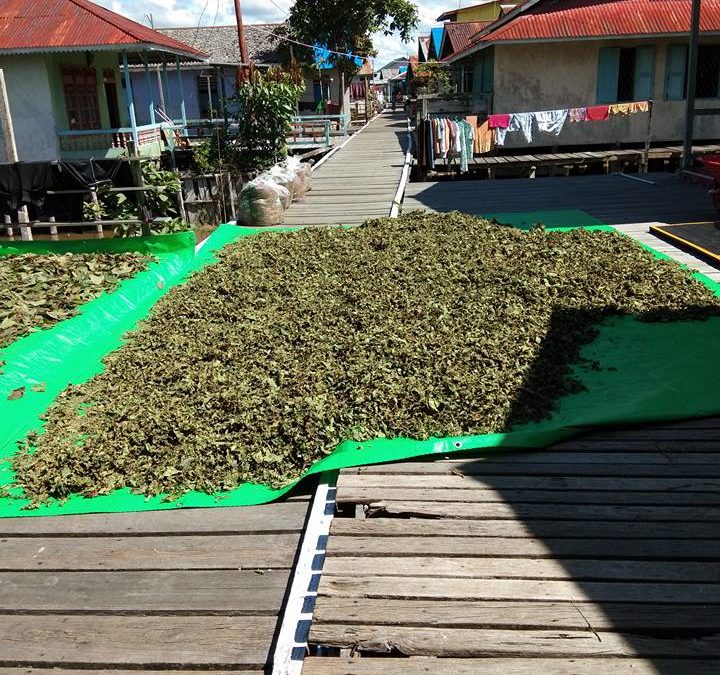 Mitragyna Speciosa also known as Kratomis, or Kratom is a natural plant that grows in Indonesia, Malaysia, Thailand, and Papa New Guinea in Southeast Asia. Kratom is a tropical evergreen which belongs to the coffee family. Kratom leaves are known for having psychotropic and opioid-like pain-relieving effects. Individuals native to the areas where Kratom grows use the drug for fatigue, diarrhea, cough, and pain. In the United States, some people use this substance to experience the “high” of the psychotropic effects and as an alternative to opioids for pain relief.

Some other names for Kratom:

The DEA is Concerned!

Because of its medicinal properties, most of the states in the United States allow legal use of Kratom; however, there are a few states that bar people from buying or selling Kratom: Arkansas, Alabama, Vermont, Indiana, Wisconsin, Rhode Island, San Diego in California, Sarasota County in Florida, Denver in Colorado (Human consumption is banned), Jerseyville in Illinois and Washington D.C. Denver didn’t ban all sales, retailers must affix a warning label on packages. Kratom is not legal for US Armed Forces. The Drug Enforcement Agency has expressed concerns over the use of Kratom in the United States because of the potential safety issues and risks that the use of this substance can cause. Even though Kratom is legal in the United States, the Food and Drug Administration (FDA) have not approved Kratom for any purpose including medical use. Kratom can cause severe adverse reactions that can include tremors, psychosis, seizures, and other toxic effects. Kratom is most dangerous when used in high doses and by individuals who take medications and who suffer who suffer from medical conditions that may put them at risk with the use of Kratom. The FDA does not regulate or monitor Kratom supplements for any dosage claims or purity.

How Kratom is Used

Kratom use can cause psychosis, itching, nausea, sweating, constipation, dry mouth, loss of appetite, seizures, hallucinations, and others. When Kratom users mix the use of Kratom with other illicit or prescription drugs, the side effects can become more intense. The use of Kratom comes with severe complications and risks, such as addiction, overdose, liver damage, and death. Individuals who use Kratom frequently can experience withdrawal symptoms when stopping the use of Kratom. The withdrawal symptoms are similar to the symptoms that opiate users experience such as difficulty sleeping, diarrhea, nausea, and muscle aches.

Many scientists and users in the United States consider Kratom as safe and effective in treating chronic pain and PTSD, it can also be used as an alternative drug for opioid addiction. The FDA does not agree with these beliefs. The FDA states that there has been no reliable evidence which can prove that Kratom is a safe treatment for opioid use disorder. In a recent report published in the Journal of the American Osteopathic Association, it’s found that using Kratom is much less harmful than using the prescription opioids. There is not a great deal of research that has been completed on the use of Kratom; however, it seems that people with medical issues and those who use other medications are at the highest risk for negative effects with usage. It is very likely that Kratom will be regulated by United States law because of the associated risks of use. Individuals will have to weigh out the positive and negative effects of the drug to see if the use of Kratom is warranted. Some states have Kratom legislation on the 2020 ballot! Kratom is already legal in most states and the movement toward natural remedies such as Marijuana are gaining momentum with legalization.